Who knew that Brixton was mecca for those in search of Colombian restaurants? Not me, until today. There are three places offering Colombian fare in the market alone; El Rancho de Lalo, Santafereno and the Provincial. I chose the latter because of its brunch menu and in particular the Colombian breakfast.

The Provincial calls itself a Latin fusion café and the brunch menu spans from the full English and the provincial special (breakfast with a Latin vibe) through to the Colombian. The evening menu is tapas style with some meat heavy South American classics. The atmosphere is relaxed with South American music (I think, I’m no expert) playing in the background. It seemed a bit quieter than some of the other places in the market, but with only 6 or 7 tables it soon filled up. 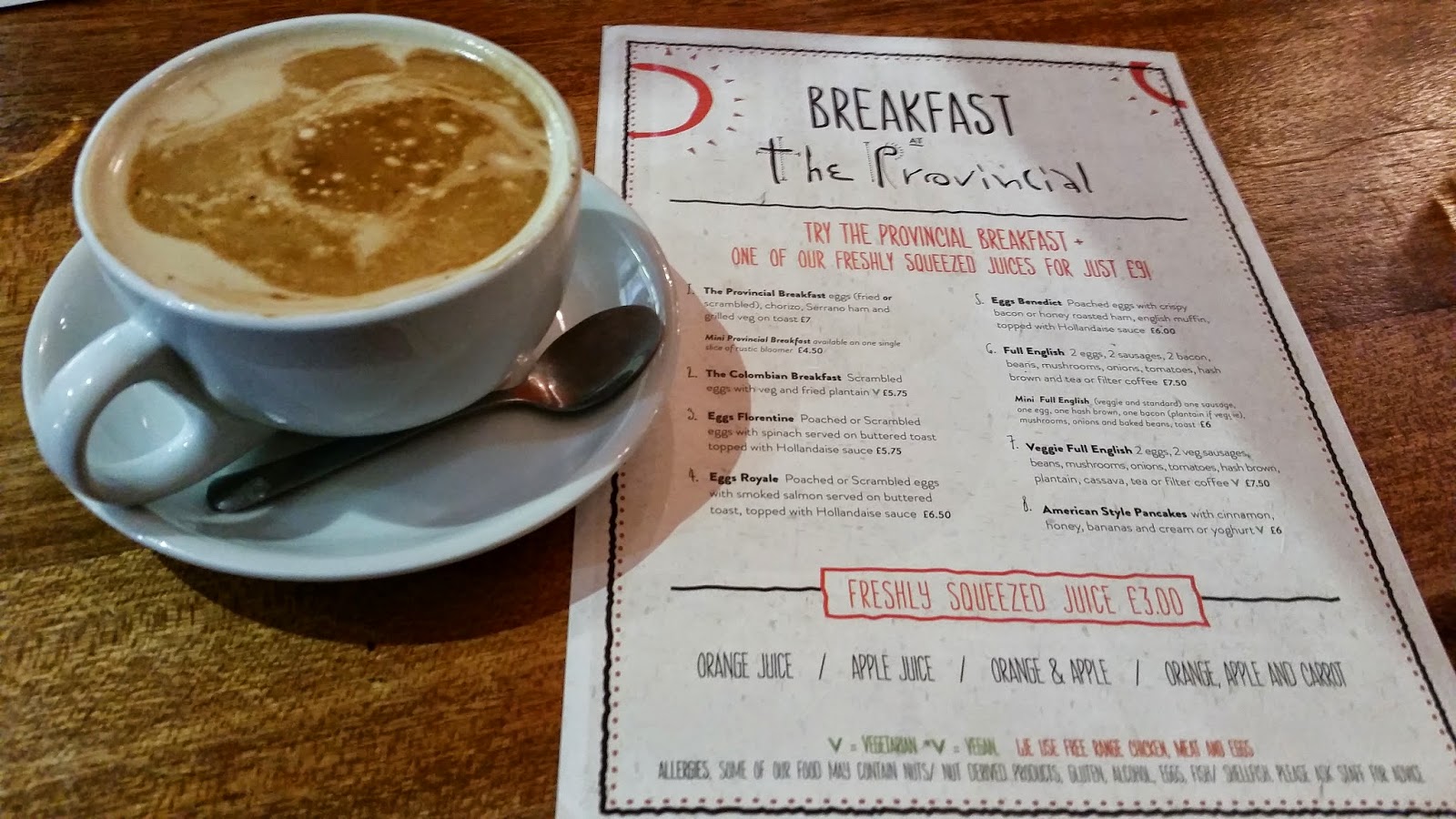 At £5.75 the Colombian breakfast is described on the menu as scrambled eggs with veg and fried plantain, that doesn’t sound like much but when it arrived it was a massive plate of food!

Now I don’t claim to be someone who can handle the super spicy grub (I don’t go near a Vindaloo in a curry house) but I love a bit of chilli and spice to my food, and boy did these scrambled eggs pack a punch! Tomato, diced mushroom and plenty of spring onion accompanied the eggs laced with cumin and chilli. A real wallop of heat from the first mouthful, it will definitely wake you up if you are feeling a bit blurry eyed first thing in the morning. The fried plantain provided a starchy companion to the fiery eggs and there were a couple of small potatoes on the plate for good measure too. It did start to get a bit samey and gradually the chilli began to overpower the dish somewhat. 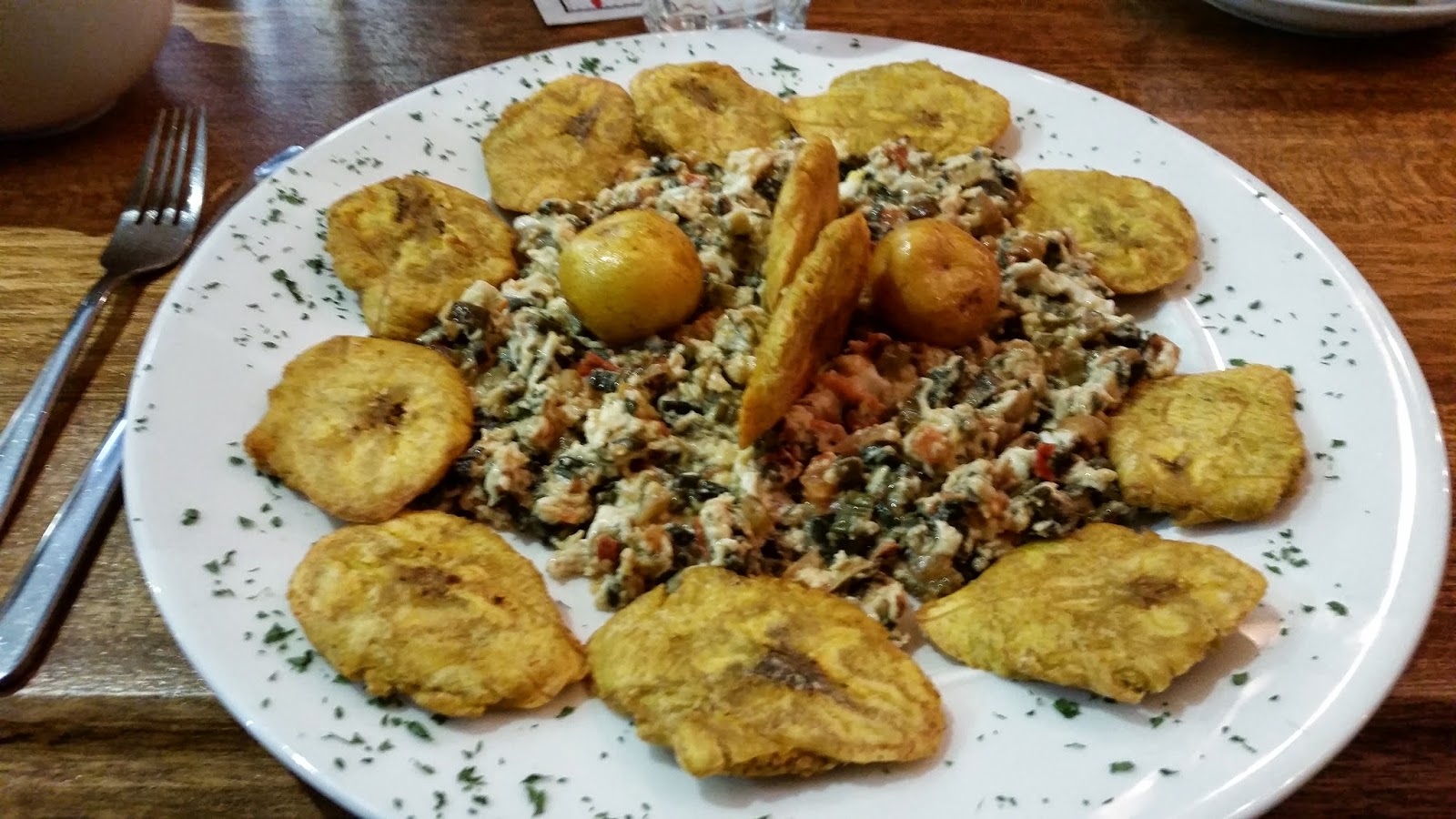 Given the reputation of Colombian coffee, I’m sad to report that I don’t think any was used to produce my latte. It was a big old cup of the stuff, but it lacked any real depth.

The verdict
A dish to wake you up in the morning with a wallop of chilli, a bit too much of kick for me though.