Elephant and Castle shopping centre has been voted the ugliest building in London and many of those haters will be pleased to hear that there are plans for it to be demolished and replaced with flats. I'm not one of that chuffed bunch however, not because I love the aesthetics of the place but because of what is on the first floor: the food hall.

Once you have defeated the colourful maze that is the underpass system and head upstairs, past the busy and vibrant outdoor market you find an eclectic mix of restaurants and cafes serving the local community, from Polish and Cantonese to South American, this place is an unsung foodie destination! 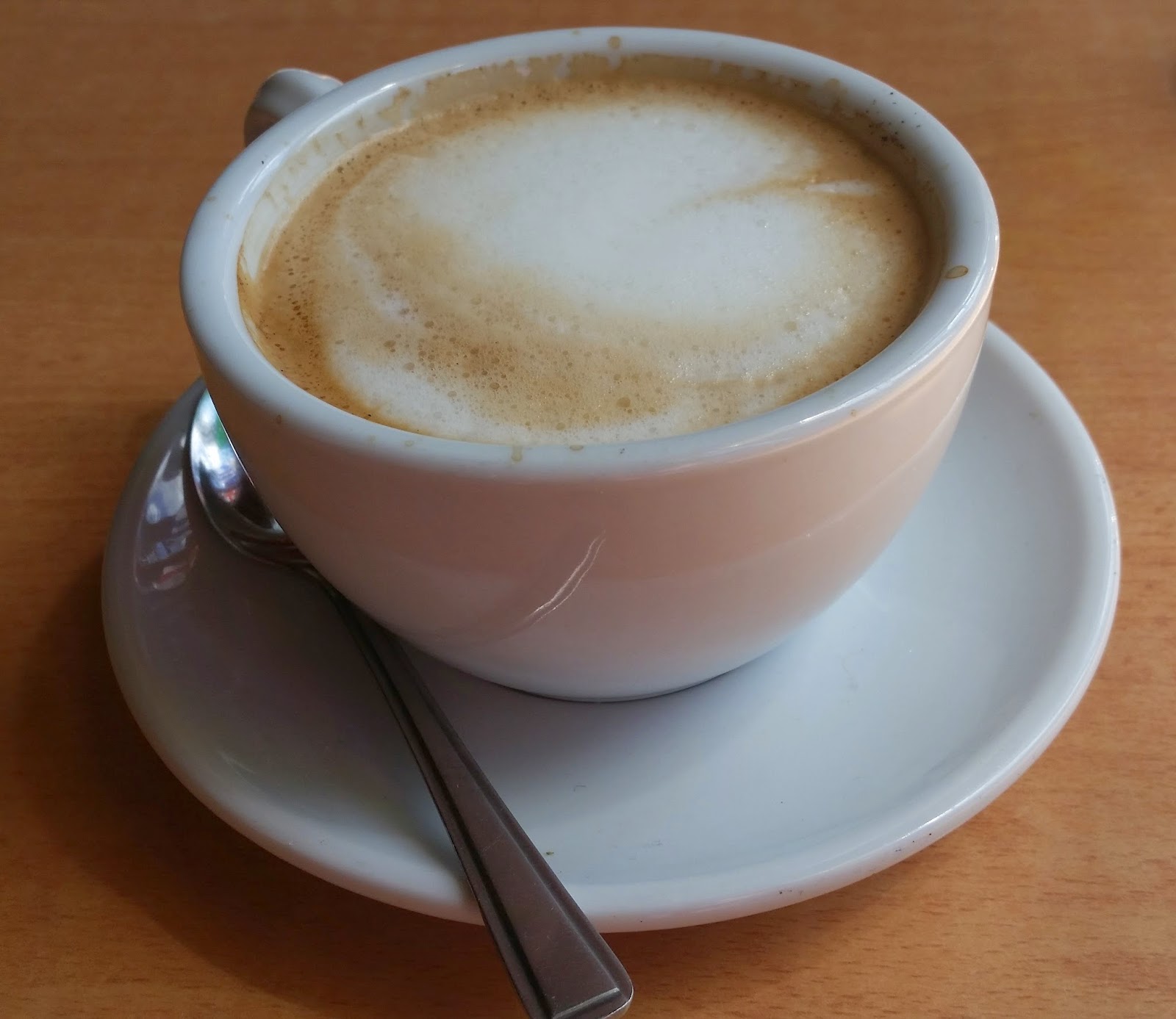 And it is here that I found what I believe is the best representation of a Honduran breakfast that I will be able to get hold of in London. Honduras is not really known for its food, in fact I think it wouldn't be unfair to say it's not really known at all in the UK. One thing Hondurans definitely like to do is eat, three hearty meals a day is the norm and none heartier than breakfast.

I headed to La Bodeguita the biggest and most well-known of the Latin American restaurants in the shopping centre. They are certainly geared up for the World Cup with Central and South American team flags hanging from the windows. Unfortunately they are only open from midday so I was starving by the time I arrived, although that was probably a blessing in disguise... 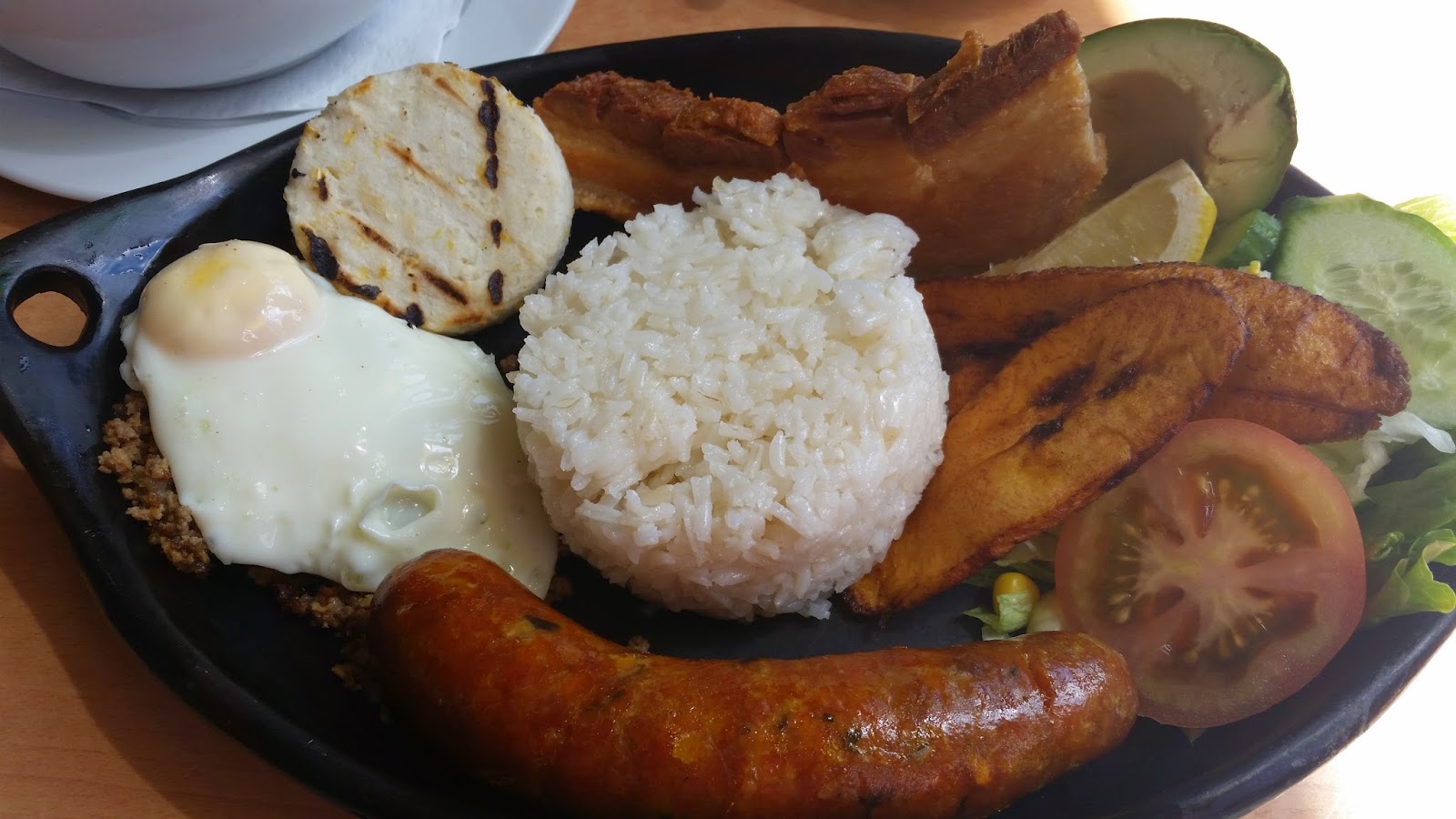 I chose the Bandeja paisa, which is actually a Colombian dish, but has all the hallmarks of a classic Honduras breakfast, it was huge! A platter of rice, pork belly, minced meat, a sausage, a fried egg, plantain, cornbread and half an avocado arrived at my table shortly after a strong Colombian cafe con leche. If I was to pick a selection of the most filling foods I could think of this would probably be the list.

The pork belly was delicious crisp, the minced meat was flavoured with spice and a little sweetness, it contrasted nicely with the plantain. The sausage was huge and again had a little heat, but it was subtle. The large hunk of avocado was perfectly ripe but I do have a few issues; the egg was overdone, which was a shame and the cornbread… I just don’t get it! I had cornbread on my Ecuadorian brekkie and thought it was bland then, this was just the same, with so much food on the plate it just seems pointless! 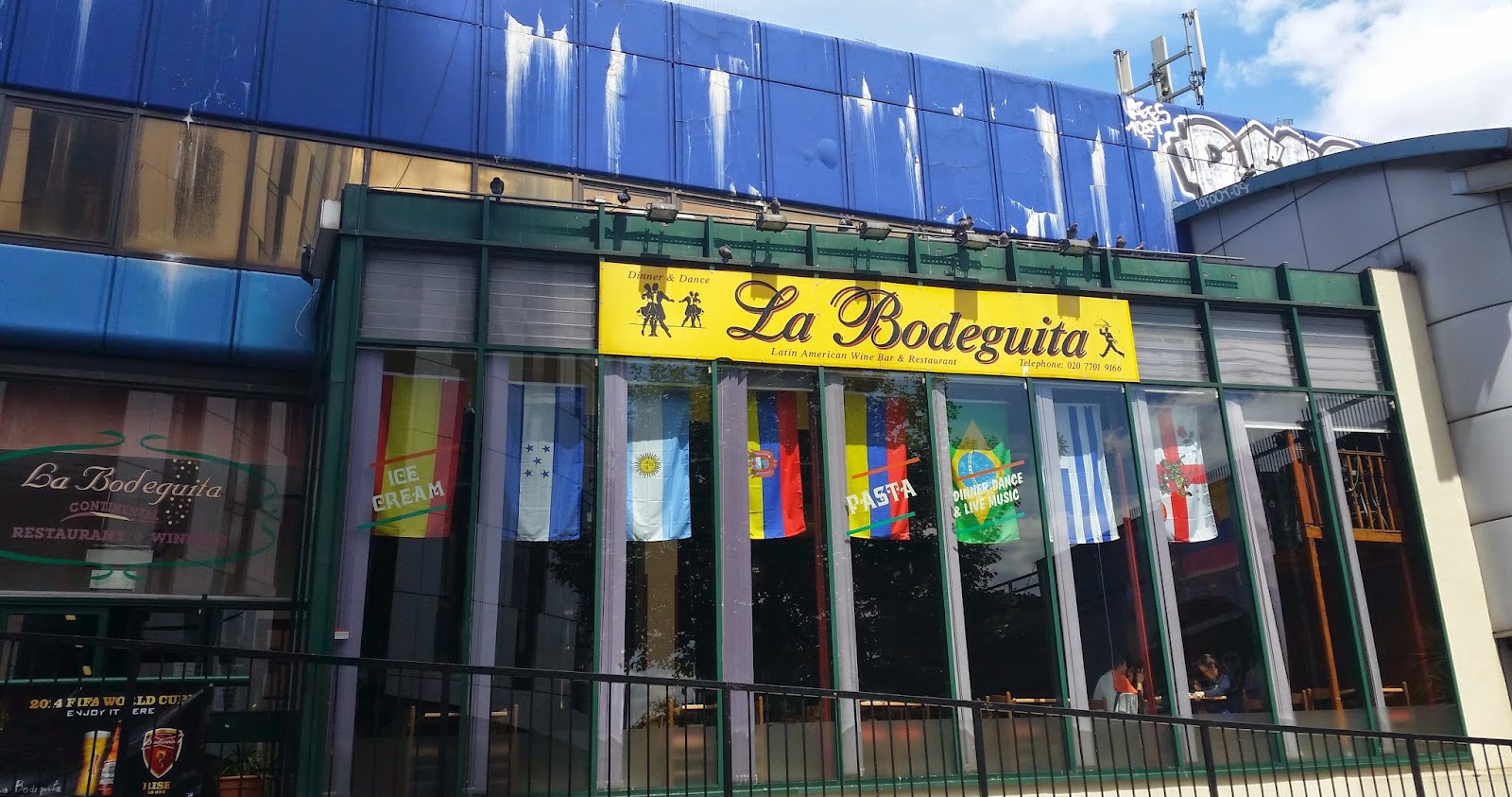 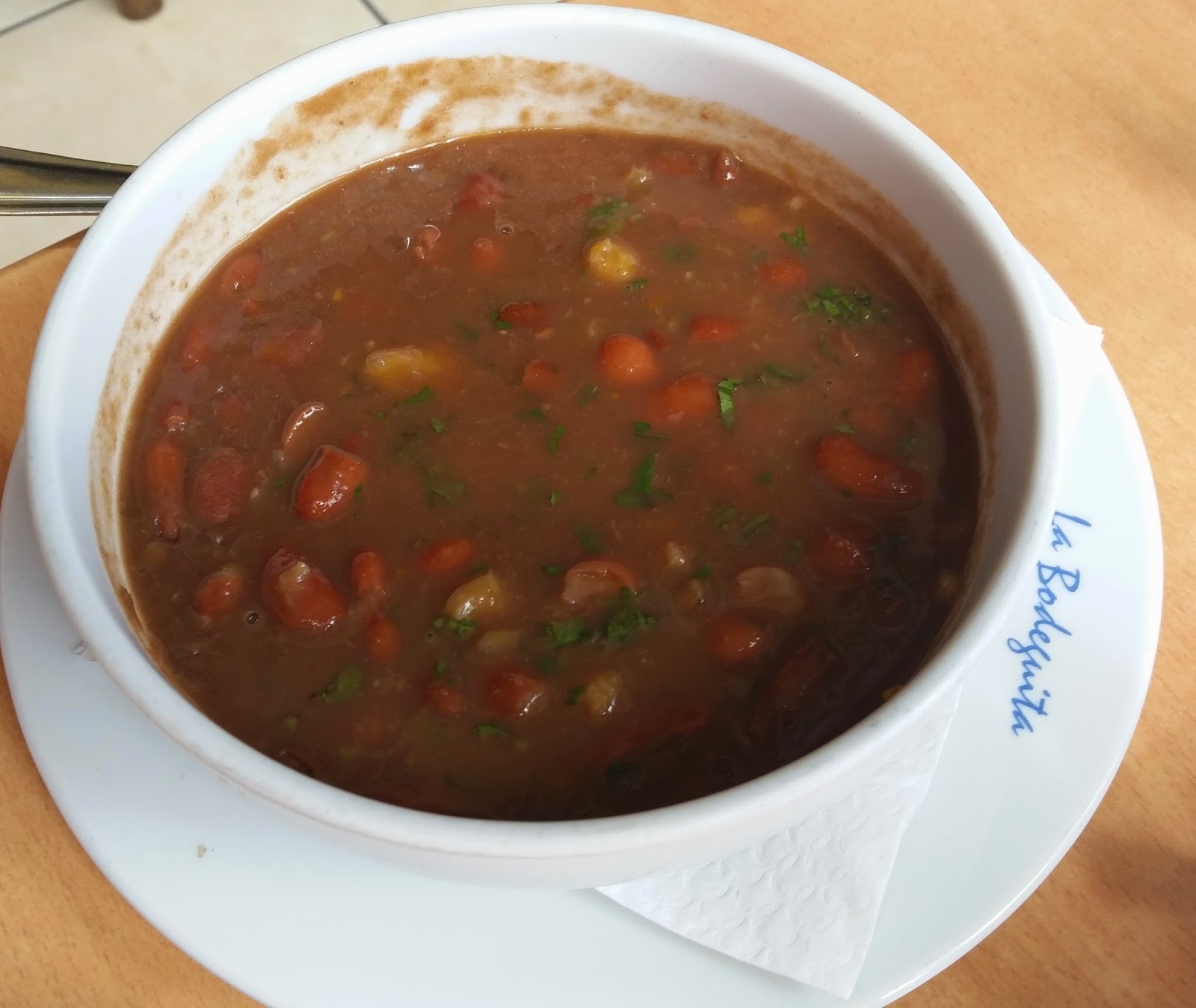 Oh, and did I mention a bowl of beans and potatoes in a lightly spiced sauce, just in case you were hungry!

At £12 this isn't a cheap option for breakfast, but considering I now don't have to eat for the rest of the day you could consider it an efficient way to go!

The verdict
Looking for some ‘world cuisine’ and think Brixton is a bit 'old hat'? Try Elephant & Castle. La Bodeguita is a great choice and the portions will have you stuffed for days!