I have had a few people tell me that the best fry ups they have ever had has been in Australia, the ‘brunch culture’ thrives in the major cities down under, so my hopes were high that I could find a replica here in London.

Lantana near Tottenham Court road has been described as “a tiny slice of Australia in London”, so sounded perfect. When we arrived at about 11am on Sunday there were people queuing to get in, I wasn’t expecting that, I think this is the first time I have ever queued for brekkie! They make it clear on the website that you cannot book a table, as with many trendy London restaurants, after all what better publicity is there then than a queue of people outside. We waited for about 15 mins to get to the front of the line, tempted in the whole time by the smell of bacon wafting out onto the street and were then greeted by a very cheery Ozzie chap who proclaimed “Right guys, let’s do this!” Alas, inside it wasn’t a theme park, but stylish café with a minimalist design. 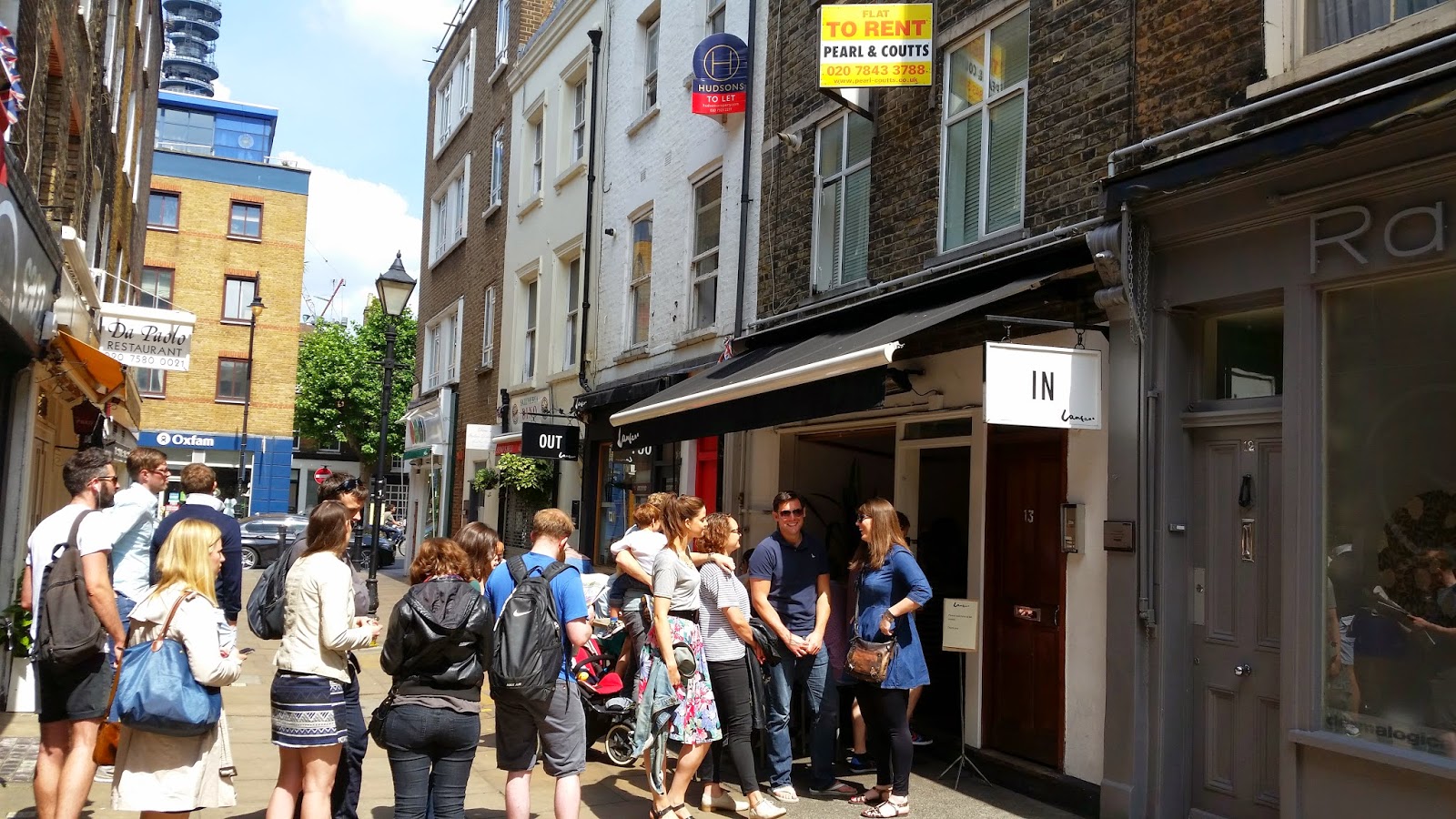 Where to start in an Australian café – it has to be a flat white. And it didn’t disappoint; velvety frothed milk with strong espresso coffee below. There is a good mixture of brunch goodies on the menu and I wasn’t quite sure what the traditional Ozzie would choose. I plumped for the toasted sourdough with smashed avocado, streaky bacon a poached egg and rocket.

Another wait ensued before our food arrived (don’t come here about to keel over from hunger as it was about 75 mins from when we joined the queue to when breakfast arrived). I was a little underwhelmed by the size of the dish, a single slice of sourdough sat with the rest stacked up on top. The bacon was crispy and was full of salty goodness, the poached egg too was well cooked and seasoned. I found the smashed avocado a bit uninspiring, it was what it ‘said on the tin’ but nothing more. For £7.50, whilst the ingredients were good quality and well-cooked the lack of quantity was a bit of a let-down. 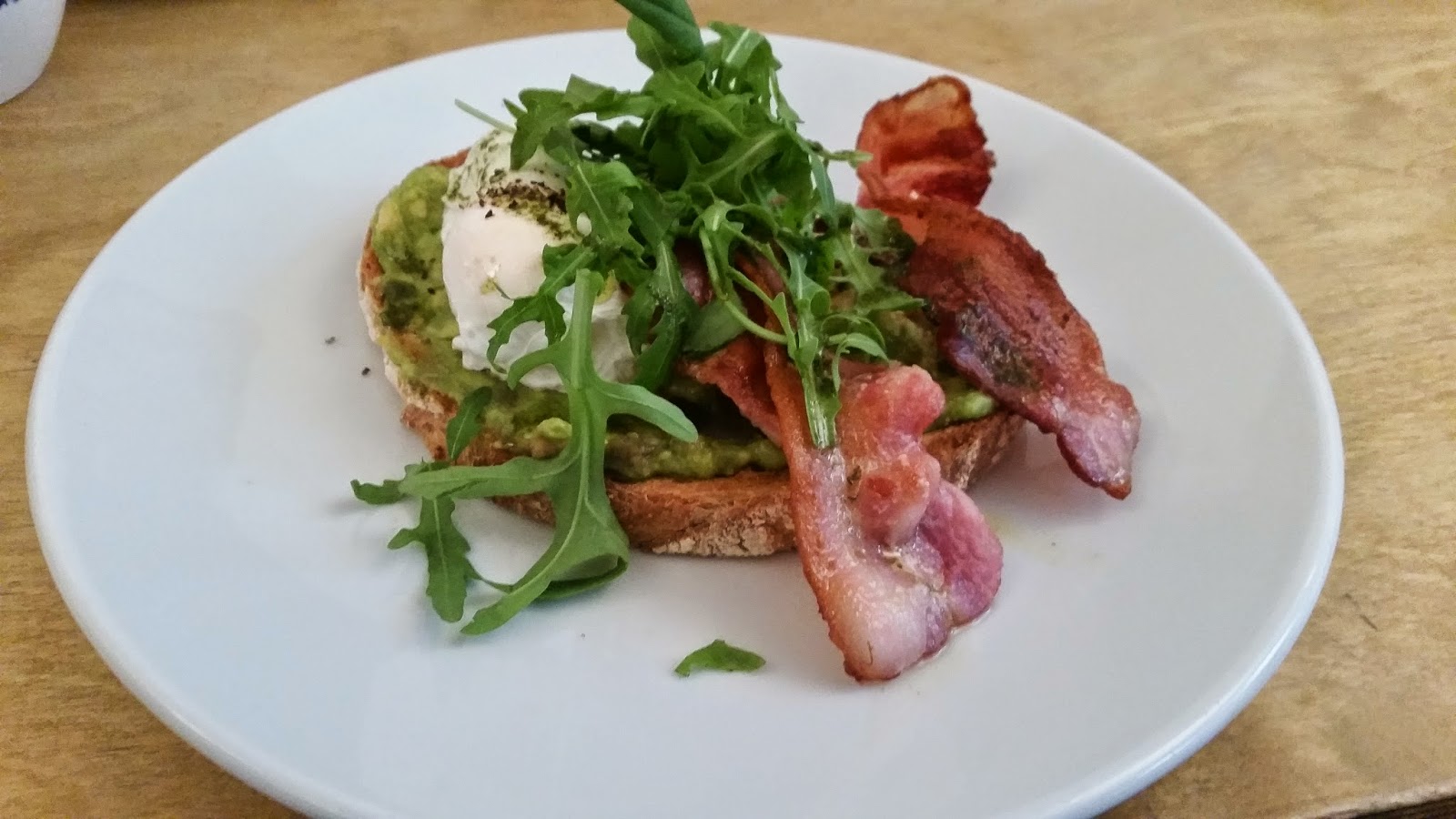 The verdict
A popular and trendy café but don’t come for an epic brekkie, more so for a tasty snack