I've headed back to Fitzrovia this morning for a Greek breakfast. There seems to be a lot of genuinely independent restaurants and cafes around this part of town, but it doesn't have the same foodie rep as hip Soho or Brixton for some reason.

This time I visited The Life Goddess, a cafe and deli on the picture postcard Store street just off of Tottenham Court Road. The Greeks are notoriously late for everything hence the phase ‘On Greek time’ and this place is no different. Despite the menu on the website and outside the front of the cafe saying breakfast from 9.30, I had to practically beg the chap to let me in when I turned up at about 10 to 10! Not a good start. I took a seat at one of the little wooden tables, surrounded by the jars of pickles and cans of oil olive, all branded with the life goddess ‘greek.deli.divine’ tagline. There is also an impressive chiller full of geek feta and fresh pastries which fills all available space on the counter. I sat and awaited the arrival of my omelette and Greek frappe coffee. 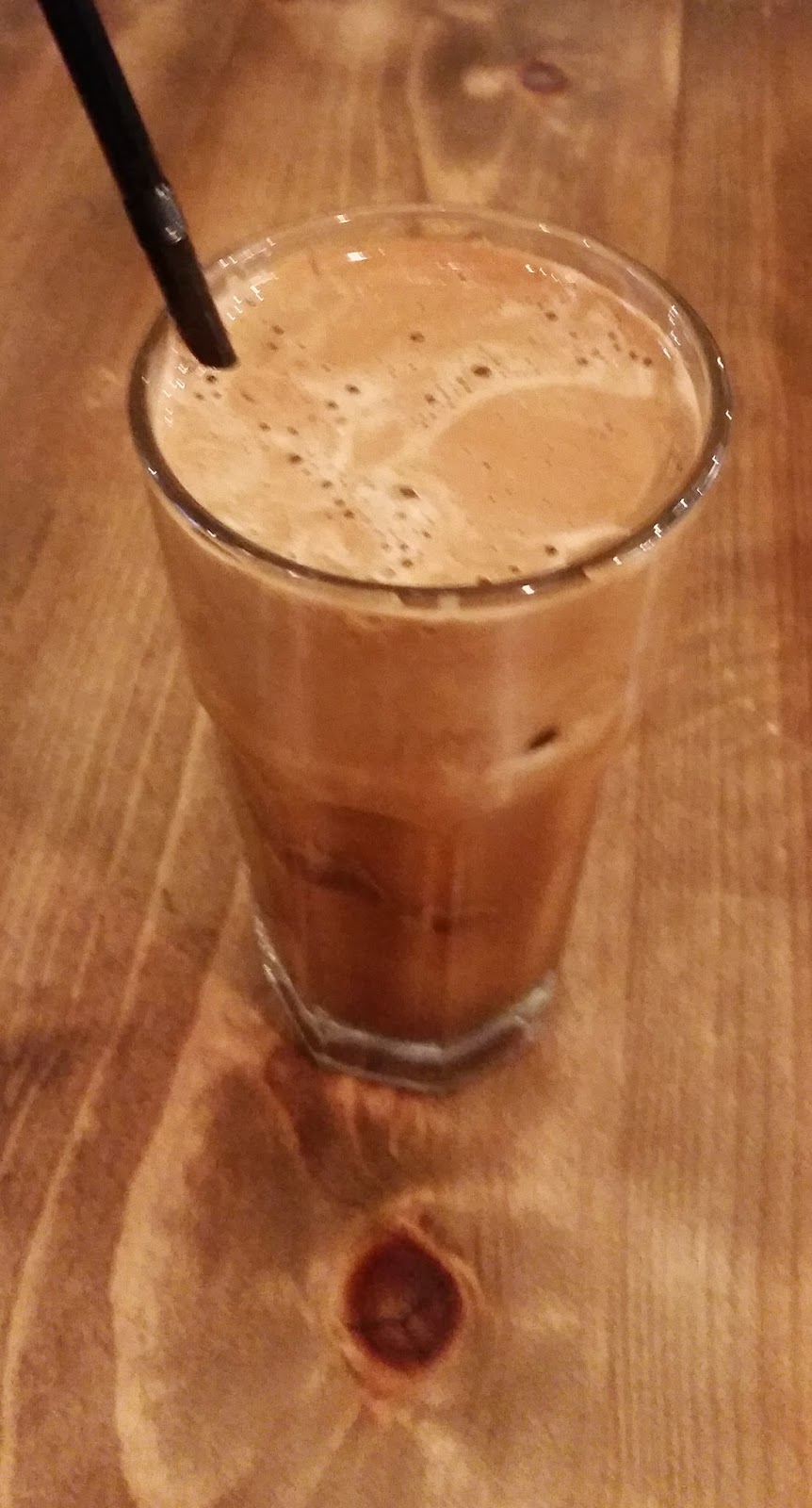 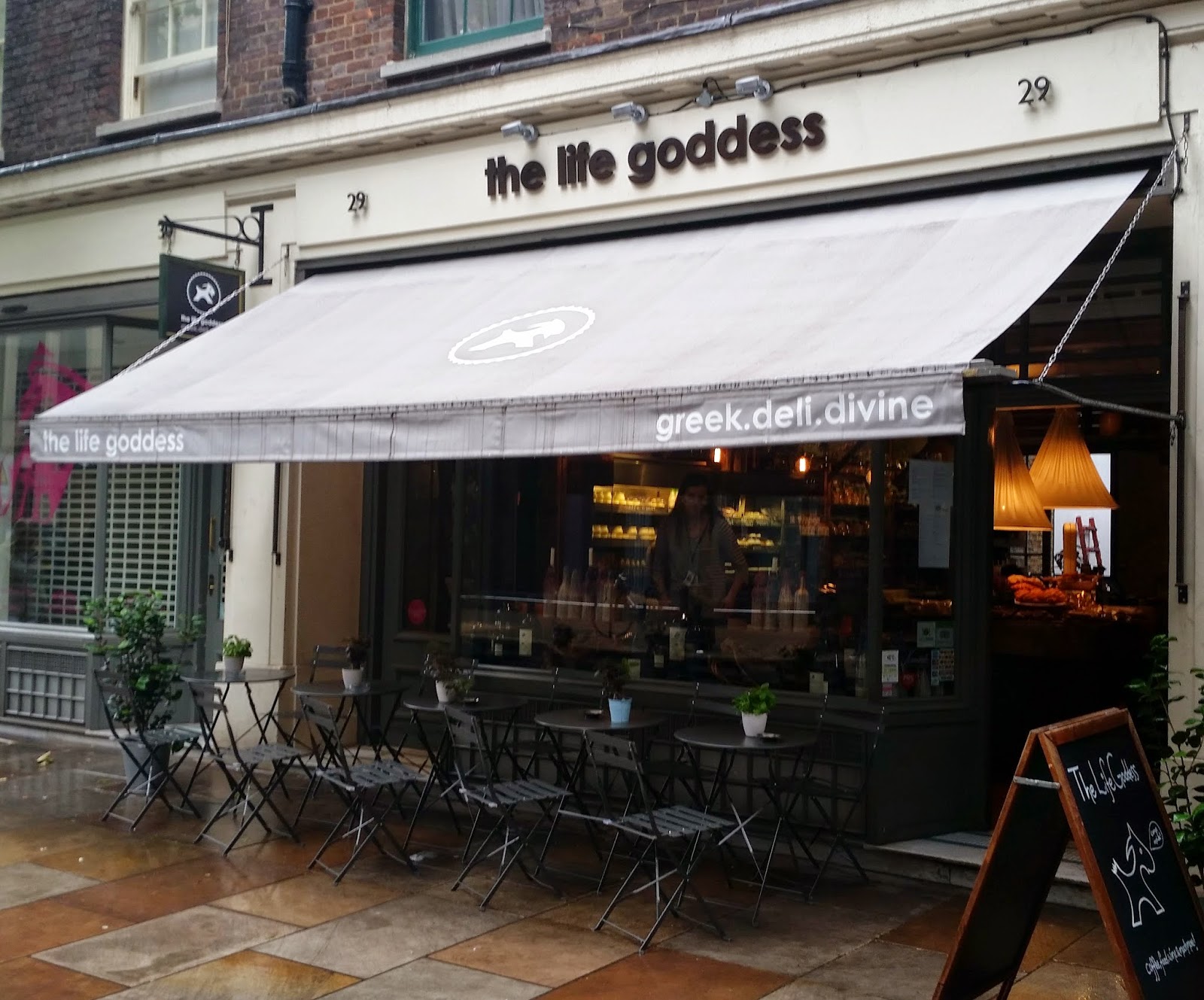 The chilled black coffee was delicious, not too bitter but not sweetened like the stuff you find at Starbucks or alike. Ten minutes or so past until a chap from the kitchen arrived to fill the counter with mini frying pans filled with eggy treats. I chose the version with geek sausage but the veggie option also looked good. Served with black olives, tomato and 'med bread'. The omelette was thick and fluffy and the sausage was excellently flavoured with plenty of fennel. This isn't the biggest brekkie I've ever had but I didn't go away disappointed because the quality outweighs the need for quantity here. The olives and tomato where fresh and tasty and expertly dressed and seasoned. 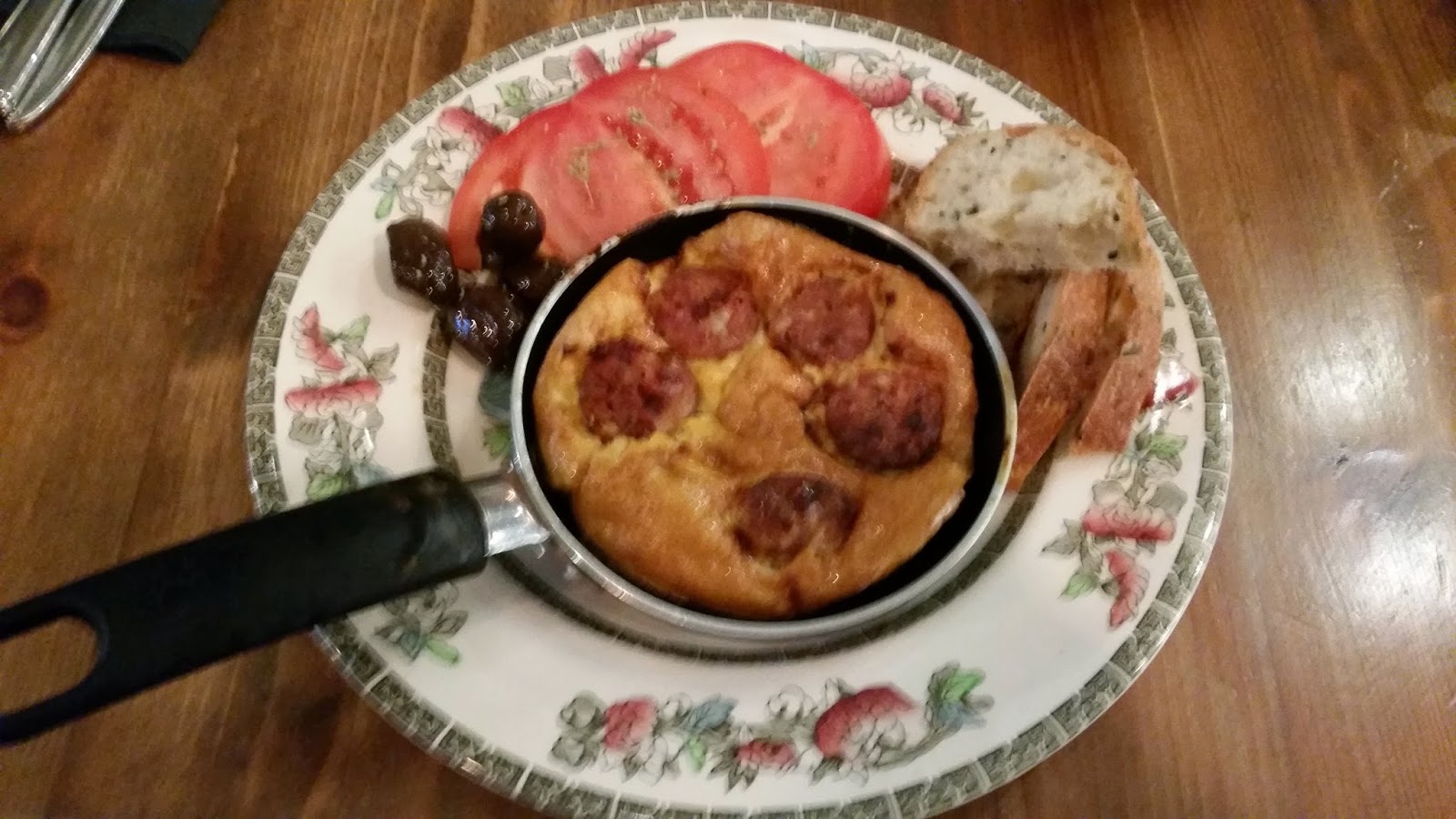 The verdict
Don't come here in a rush but do come to enjoy high quality snacks. I was handed a loyalty card with 3 stamps on (to make up for the late opening) and I reckon I will be back to fill up the remaining spots!