El Vergel describes itself as a Latin American and Mediterranean caterers. I’m reliably informed that the menu is mainly Chilean inspired, which isn’t top of most peoples lists when it comes to breakfast. However, the weekend brunch menu here is extensive and is served from 10-4 on Saturdays and Sundays. It is a little bit ‘out of the way’ and probably felt more so on a Sunday morning than it would do during the week. It is a 10 minute walk south of the foodie mecca of Borough Market and 5 minutes from arty Union Street.

The atmosphere is relaxed, concrete and wooden benches are offset by colourful artwork, graffiti on the walls and a light sprinkling of Latin memorabilia. It wasn’t very busy when we arrived at about 11, but by lunchtime that place is almost full. 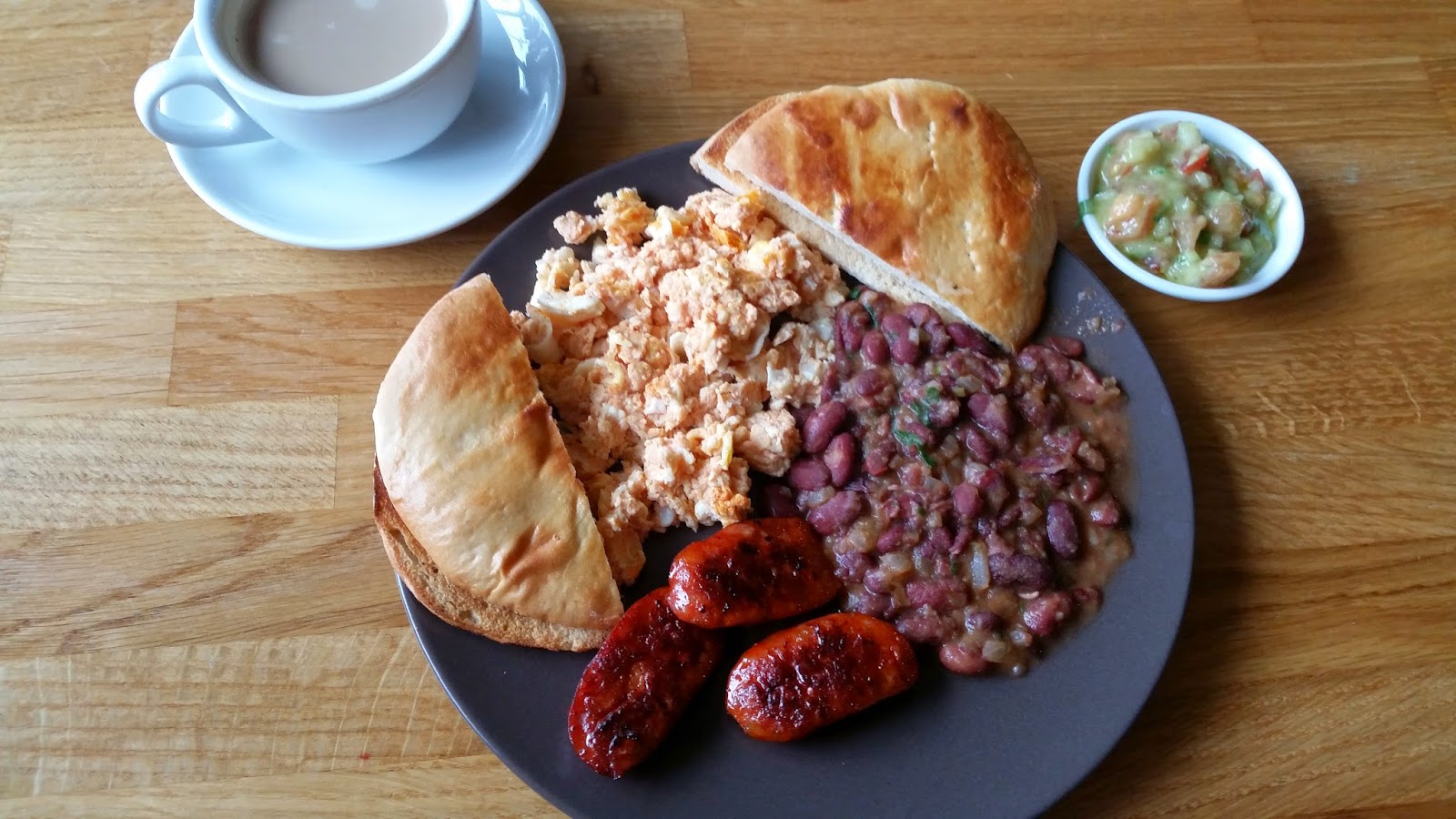 I went for the Special Latin American breakfast which was free range scrambled eggs in a mild piquant salsa sauce with chorizo, kidney beans, guacamole & village bread, with tea or coffee for £7.50. The food arrived quickly along with a decent coffee. The plate was dominated by the eggs and the beans, both of which were mildly spiced and well put together. The Kidney beans in particular were laced with chilli in a way as to not overpower the rest of the dish. The village bread was a flatbread, obviously freshly made and was perfect for mopping the guacamole and salsa sauce. The chorizo was decent, but didn’t compared to the sausage I had as part of the full Spanish at Seven in Brixton yesterday.

Having sat around chatting for a while after breakfast, we decided to sample some of the other Chilean dishes on the menu. I went for a meat empanada, which is a bit like a south American pasty and washed it down with a Cusqueña beer (it’s Peruvian). The salsa served with the empanada was so fresh and packed with flavour. The beer is great too, crisp and malty (you can find it in most supermarkets these days) it complements Latin flavours well. Others tried the churrasco palta (traditional steak sandwich), tacos and tostadas with positive reviews! 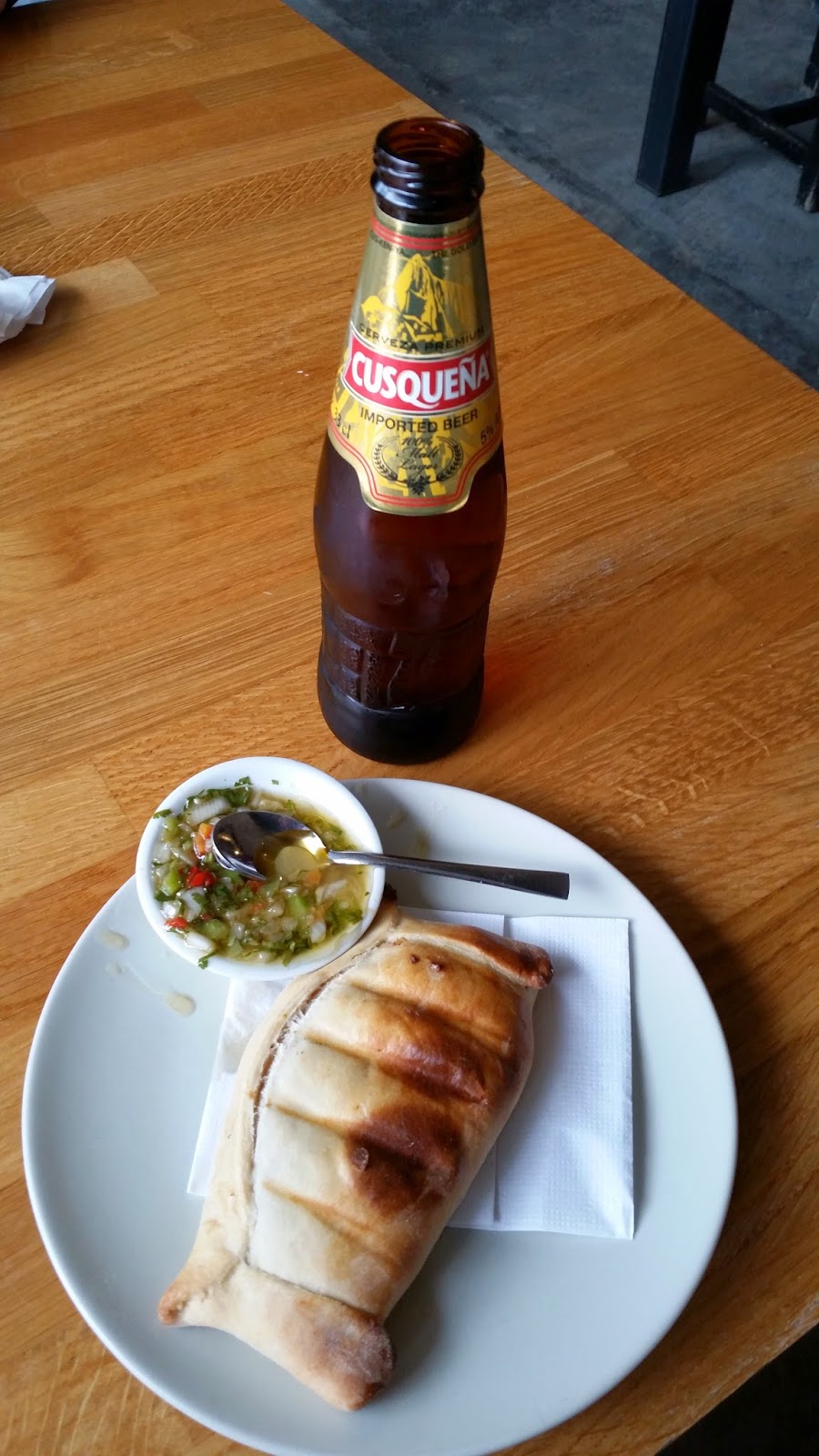 The verdict
A relaxed vibe and well balanced dishes make for a breakfast hit.